DISCOVER LOIZAGA TOWER, THE PLACE WHERE THE REALITY SURPASSES THE FICTION

THE NORTH OF SPAIN IS MARVELOUS. IT HIDES WITHIN INCREDIBLE PLACES, ONE OF WHICH WE WILL DESCRIBE IN THIS ARTICLE.

It is a magnificent residence named Torre Lozaiga which is situated in the North of Spain , near to the city of Bilbao in the province of Vizcaya. Surrounded by the beautiful landscapes with breathtaking mountain views and green woods full of pure oxygen, the splendid Lozaiga Tower built in the Middle Ages with its estate provides an impressive backdrop.

It is situated only in 30 minutes from the city of Bilbao and it’s worth being seen especially for the classic automobile enthusiasts or for anyone who is even slightly interested in vehicles. There is an incredible private collection of classic and sports cars which are kept inside of this marvelous castle.

The Lozaiga Tower Museum also houses one of the finest vintage cars collection in the world containing the exclusive models of Rolls Royces which were fabricated between 1910 and 1998 years.

Besides everyone can admire the other historically important cars brands such as Hispano – Suiza and one of its models, Hispano – Suiza , K6 introduced in 1936 , and the famous Lamborghini and its model Lamborghini Countach LP 5000S  which are exhibited as well in the museum.

Besides its beauty speaks by itself, the place is also a splendid host of the exclusive events which are held on the territory of the country seat. That’s why there are a lot of motor events which take place within the walls of this medieval building.

The most important one is Salon High Motors & Luxury Show, an exclusive fair of luxury segment which includes different types of activities , a professional networking process and so many other services .

This year Spain Premium Magazine will be a part of the celebration of the third edition of Salon High Motors & Luxury Show which will turn into a milestone on a national and international scale. 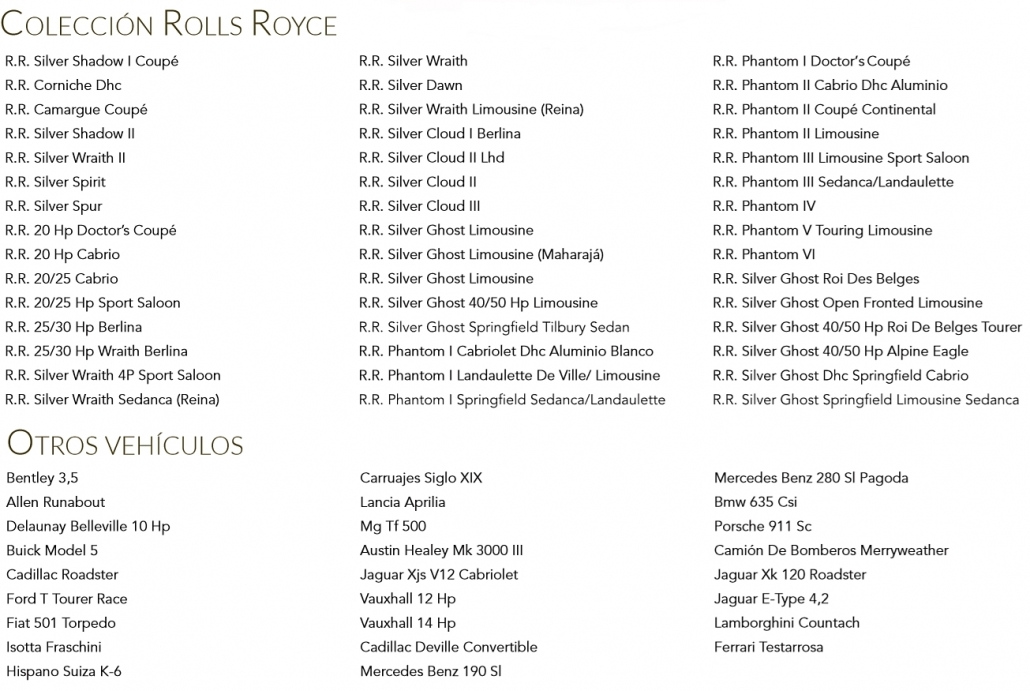 DIGITAL MEDIA focused on Spanish LUXURY Industry it LIFESTYLE & the most exclusive events.